The Loving-kindness Meditation, also called Metta meditation, is the essential part of Buddhist practices, and as I think it is the heart of every meditation practices. The process of cultivating loving-kindness in ourselves and share it with others is the crucial step in our meditating spiritual path. It is one of the best opportunities to enhance our physical and mental health. It can widen our coping skills to accelerate every healing progress both in our social connections and our earthly belongings.

The energy of Metta is more needed today than ever before; this world is Despite the potential general abundance, there is no contentment or peace. I'm almost convinced that the world history would have been much more silent and prevented from wars if practising Metta had been compulsory in schools in the last centuries.

What Kind of love is loving-kindness? Buddha said in the Metta Sutta: "As a mother even with her own life protects her only child, so should one cultivate immeasurable loving-kindness towards all living beings."

The word "love" can be considered in two approaches: that of lovers for each other and that of a mother for her child. The love of lovers is often conceived as a consuming flame, and then it sometimes aspires to purification through torture and the violence of martyrdom. But spiritual love is different. It stems from the love of a mother for her child that uplifts itself to the state of safety, welfare and spiritual health. This latter kind is which Buddha takes as the basis for his teaching of universal love.

There are languages that distinguish between sensual eros and spiritual affection, but English makes do with only the one word "love." The Pali language, like the Sanskrit, has many words covering many shades of meaning. The name chosen by the Buddha for this teaching is Metta from mitta, a friend (or better "the true friend in need").

Metta in the Buddha's teaching finds its place as the first of four kinds of contemplation designed to develop a sound pacific relationship with other Living beings. The four are: metta, which will be rendered henceforward by "loving-kindness," karuna, which is "compassion" or "pity," mudita which is "gladness at others' success," and upekkha, which is "onlooking equanimity." These four are called Divine Abidings (brahma-vihara), perhaps because whoever can maintain any one of them in being for even a moment has lived for that moment as do the Highest Gods (the Brahma, Deva).

The 11 Benefits of Loving-Kindness (Metta) Meditation, according to Buddha:

1. You will sleep easily.
2. You will wake easily.
3. You will have pleasant dreams.
4. People will love you.
5. Devas [celestial beings] and animals will love you.
6. Devas will protect you.
7. External dangers [poisons, weapons, and fire] will not harm you.
8. Your face will be radiant.
9. Your mind will be serene.
10. You will die unconfused.
11. You will be reborn in happy realms. 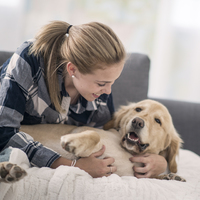